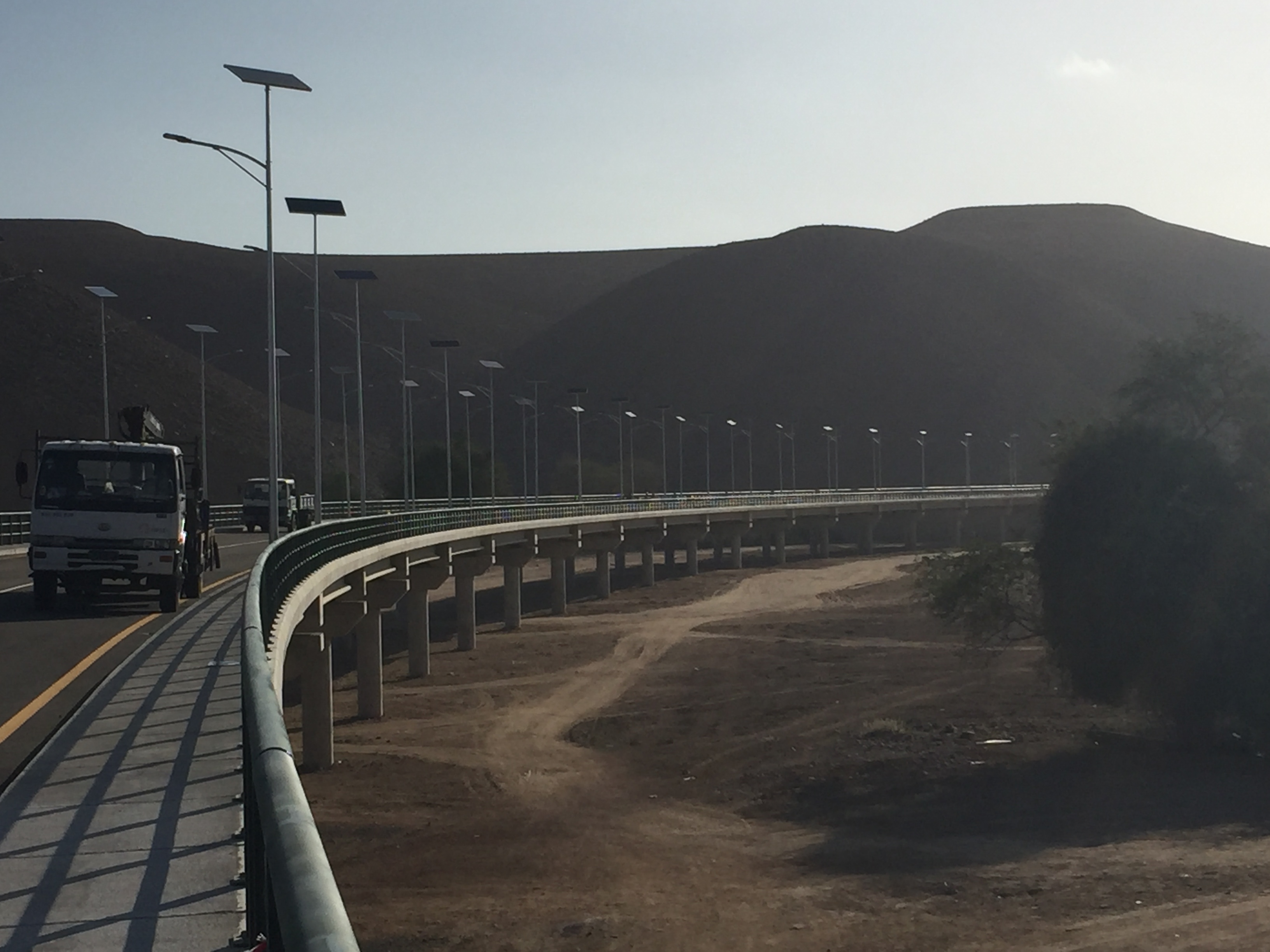 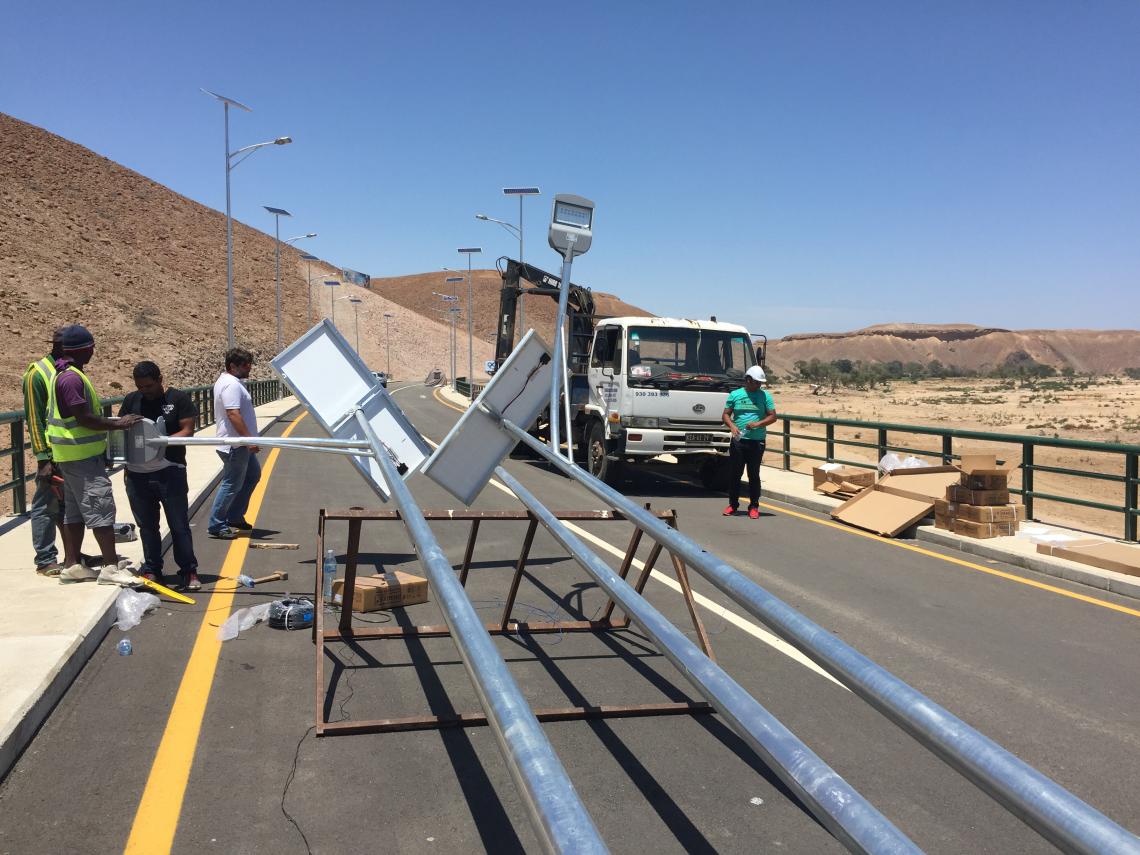 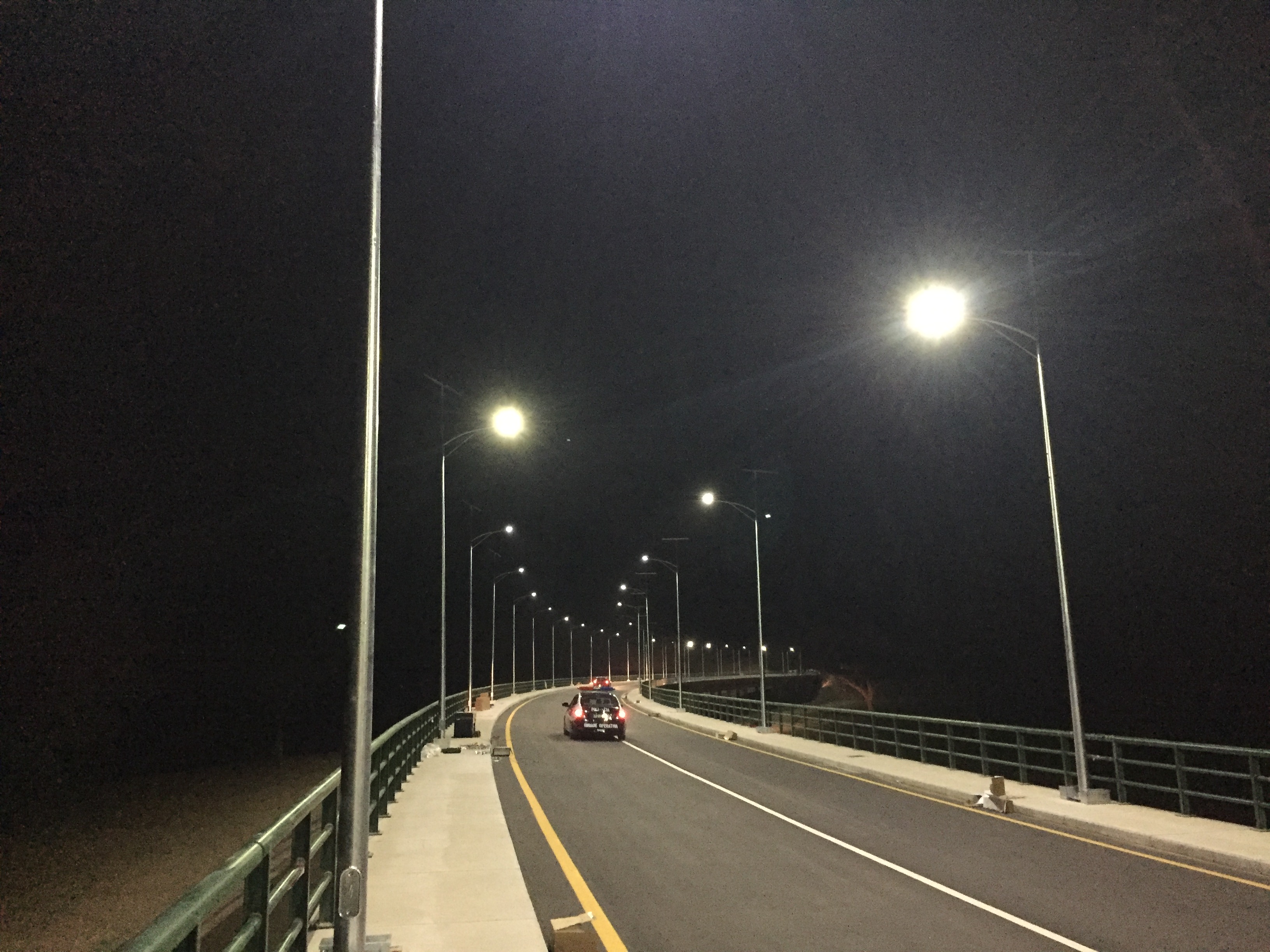 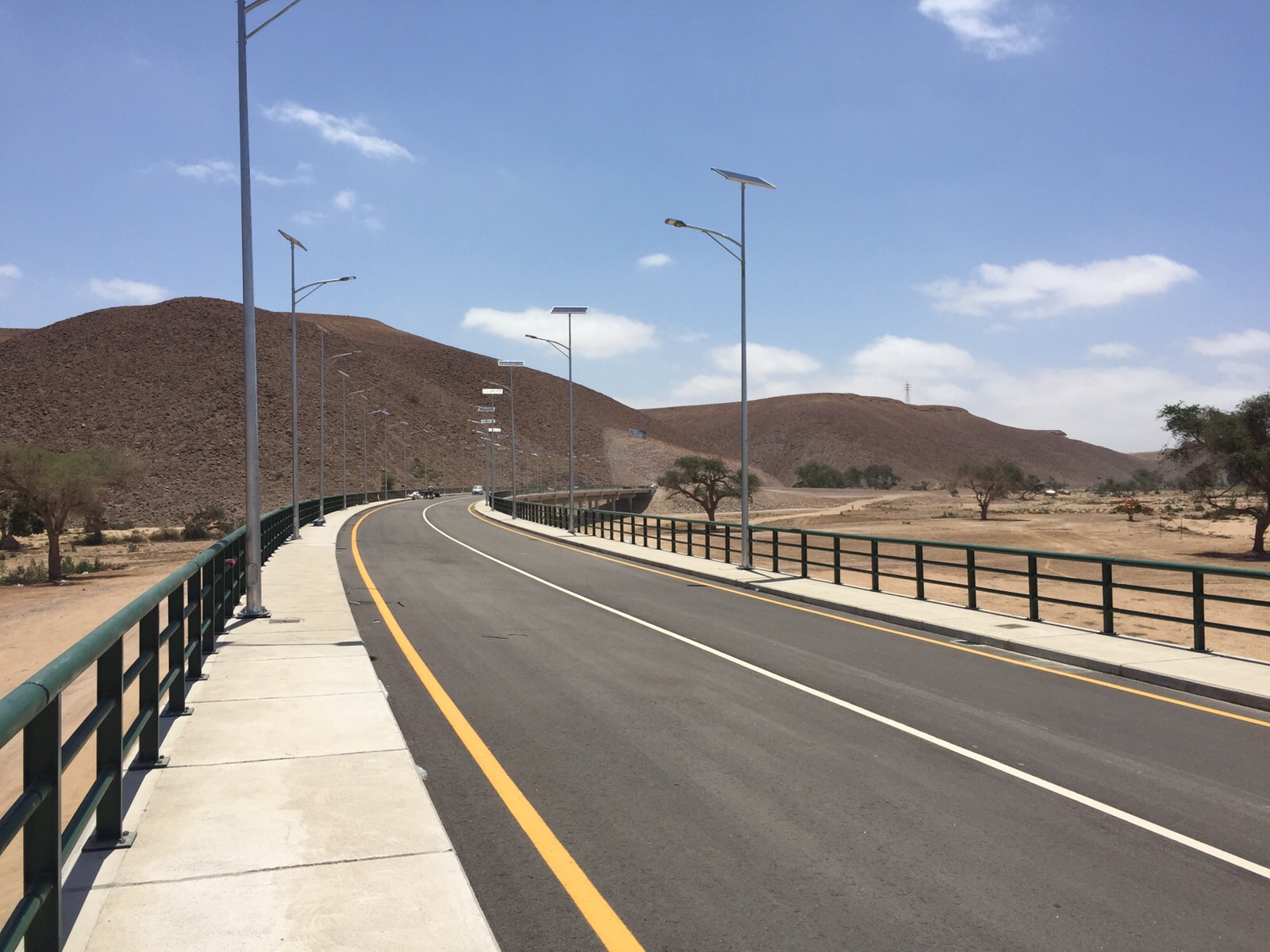 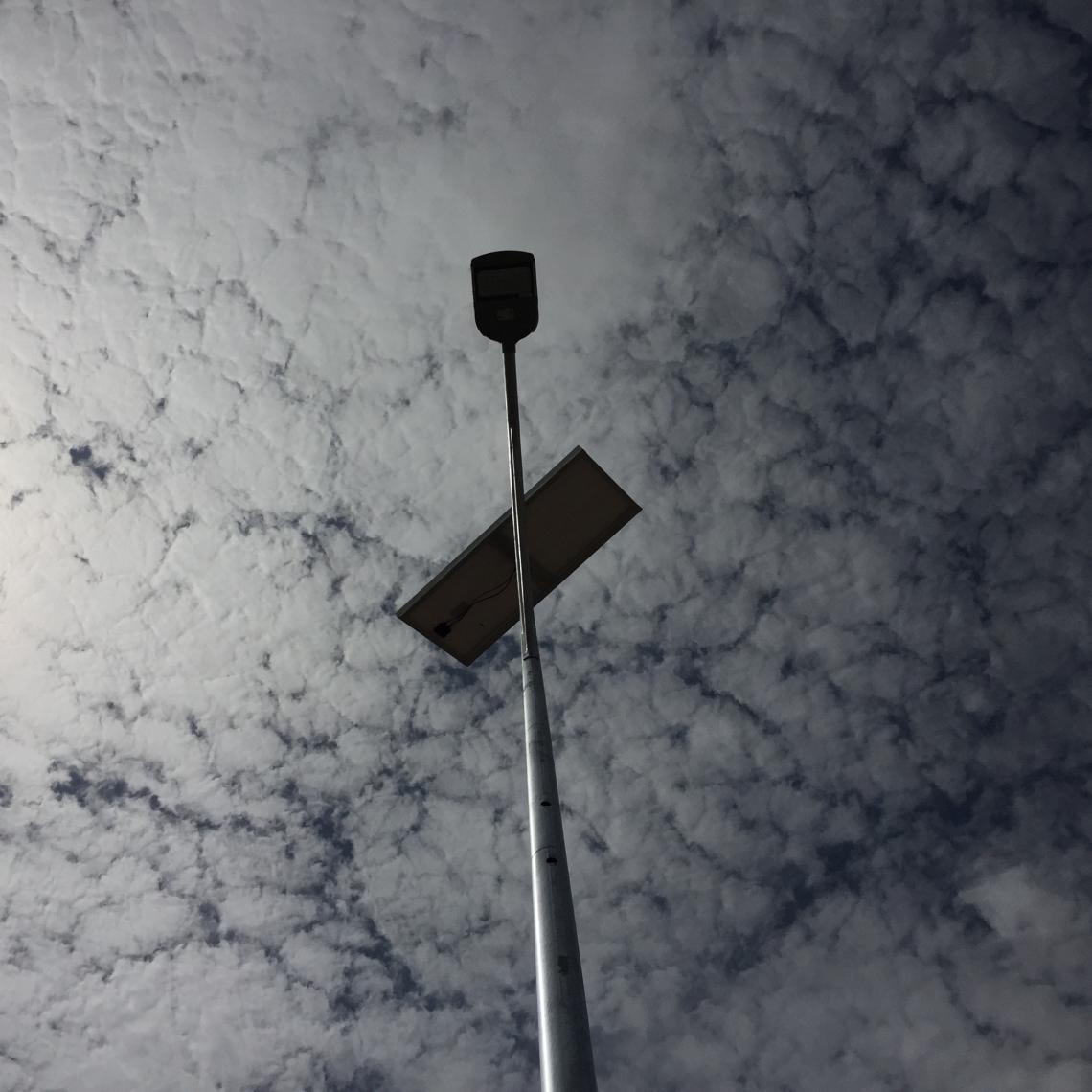 Lighting up the Bridge over the River Giraul

At the end of 2015, GMD Solutions realized the project to light up the bridge over the river Giraul in Namibe, Angola. In collaboration with our local partner, “Light Waters Consulting”, GMD installed 68 street lights to illuminate the 800 meters of the bridge.

Thanks to LED technology and solar energy, each element is a totally stand-alone, allowing the storage of the energy produced by the solar modules during the day in batteries. At night, this energy feeds the LED lights.

Each system is supplied with a 120W-solar module, a 60W-LED light, a storage battery system with equivalent capacity of 18 hours and all the mechanical elements, including a 9m-height pole. The overall system is managed by a MPPT solar controller, which switches between the LIGHTS ON mode and the STORAGE mode for battery charging automatically.

Thanks to this technology, light has been brought to this roadway which could have never been illuminated otherwise due to the huge costs of electrical lines in remote areas. With this project the Namibe Government, in south Angola, was able to light up the largest bridge of the province. Recently built up, the bridge is located in the roadway that connects the region with the Northern provinces and Luanda. The opening ceremony was attended by the President of the Republic of Angola, José Eduardo dos Santos, showing the importance of this public work for the African country.